An award ceremony of the Demidov Prize – the most prestigious Russian non-governmental awards for outstanding scientists – took place in Yekaterinburg on February 12.

This award is rightly regarded as the most prestigious awards for scientific breakthroughs in Russia and is sometimes called “the Russian Nobel Prize”.

Almost 200 years ago the Demidov Prize was instituted by Pavel Demidov, a Ural industrialist, “in a desire to promote philology and industrial sciences in the Fatherland”. It was considered to be the most honorable non-governmental award in Russia. The tradition resumed in 1992 after a century-long interval.

By tradition, the presentation of the winners — and Academy expert panel select only three nominees a year — was held in the Presidium of Russian Academy of Sciences in Moscow in November 2014 and the award ceremony took place later in Yekaterinburg. 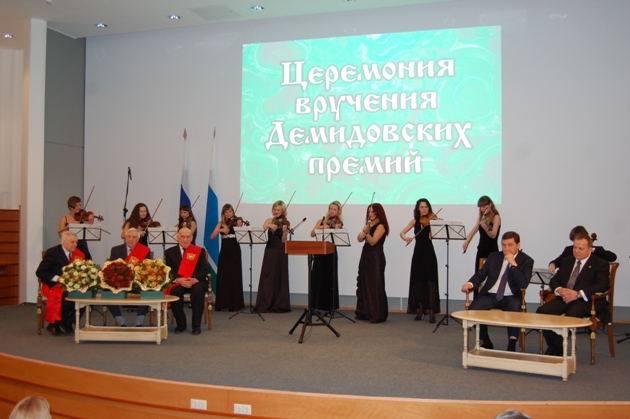 Annual Demidov Prizes were awarded in the Ural capital

Full Member of RAS Oleg Nefedov received the Demidov Prize for his outstanding contribution to chemistry. Rocket fuel and plant protection agents are the products of his creative mind. “The country needed plant protection products that would be safe for the warm-blooded animals and humans and we prepared them. Defence issues emerged – we participated in addressing them. Today a key and fast-evolving area is drug design”, — Demidov Prize winner Oleg Nefedov said to Ural journalists. 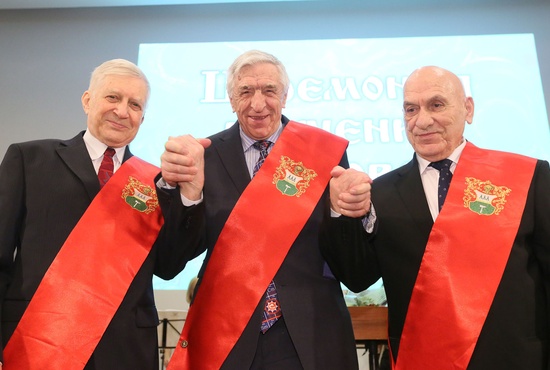 Academician Mikhail Yegorov presentedOlegNefedov as the leader and creator of chemistry of carbenes and other unstable molecules and of small–size cycles as well as a developer of high performance rocket propellant – cyclin (and its production initiator) and of environment-friendly insecticides and antibacterial agents. 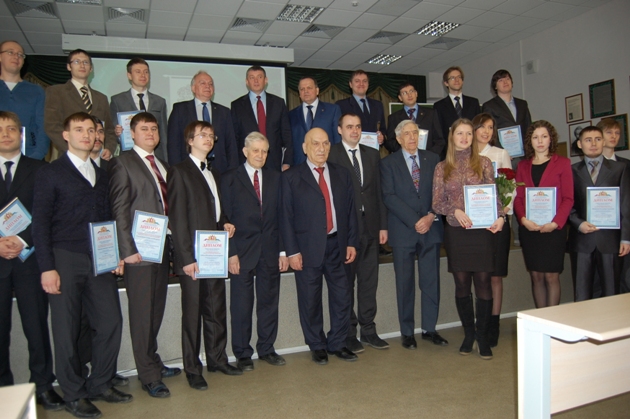 Demidov Prize winners with the youth

As noted at the awards ceremony, all Demidov Prize laureates are world-class scientists. In the past, the prize winners were Dmitry Mendeleev, Nikolai Pirogov and Ivan Kruzenshtern. Among the scientists of ZIOC RAS the Demidov Prize was awarded to Full Members of the Academy Nikolai Kochetkov (1993) and Vladimir Tartakovsky (1999).

Oleg Nefedov is an outstanding chemist; he was a Vice President of the Academy of Sciences in 1988-2001 and the founder of Higher Chemical College of RAS. In 2004, Oleg M. Nefedov established ZIOC RAS Department of Chemistry of Unstable Molecules and Small-Size Cycles, which includes three research laboratories, on the basis of the former Laboratory of Chemistry of Carbenes and Small-Size Cycles (founded by him in 1968) created.

Our congratulations, Oleg Matveevich! We wish you all success in science, new discoveries and victories!