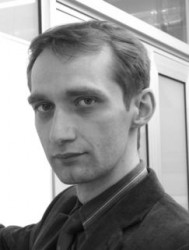 Professor of University of Chemical Technology of Russia (MUCTR)

After university graduation in 1996, Valentine P. Ananikov entered the PhD school in N.D. Zelinsky Institute of Organic Chemistry of RAS (Moscow). In 1999, he defended a PhD thesis and, in 2003 – a DSc thesis and was awarded a DSc degree in Chemistry at the age of 28. In 2008, at age of 33, he was elected an Associate Member of Russian Academy of Sciences, at the time of election being its youngest member. Dr. Ananikov was a member of the Council for Science and Education under the RF President in 2012-2013.

Prof. Ananikov repeatedly had training and was on study tours in leading foreign research centers and was invited as a guest and plenary speaker to many international conferences. His papers have been published in prestigious international journals with a high impact factor.

Russian Federation National Prize for Young Scientists awarded for outstanding work in science and technology (by the Decree of the RF President as of August 13, 2004).

Grant of the President of Russia for Young Scientists, 2009 (Council for Grants under the RF President).

Medal of Russian Academy of Sciences with the prize for young scientists, 2000.

How do molecules live and chemical reactions run?

A Laboratory’s focus is to provide a comprehensive methodology of experimental and theoretical studies of catalytic functionalization of organic molecules and new methods in organic chemistry.

The effective application of the processes under research is associated with the fine organic synthesis - an area that has a remarkable history in Russia. The contribution of national science into this area has been globally recognized due to eminent schientists such as A.E. Favorsky, N.D. Zelinsky, M.G. Kucherov, and I.N. Nazarov. Currently, this field stands among quite a few areas of chemistry that retain high quality of research and international priority of Russian science.

During the visit, a working meeting was held where issues related to modern research and academic programs for under- and post-graduates were discussed.